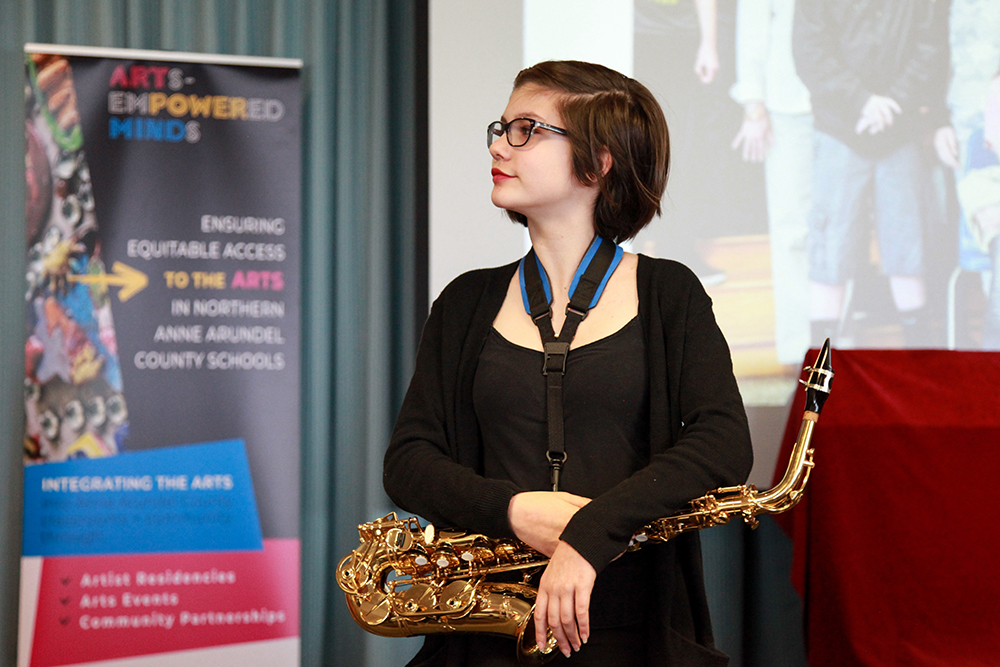 It’s all about priorities. There are only 24 hours in a day, and as a busy person, you have to prioritize the most important things. I could tell that this principal really wanted to talk about the Arts Empowered Minds Initiative (AEMI), Young Audiences, and how arts-based learning was impacting his school. That’s because, despite the week-long game of telephone and email tag we played just before the start of the new school year, he kept contacting me to set up the next potential interview time. Happily, I finally connected with Rodney Walker, principal of Brooklyn Park Elementary School in Northern Anne Arundel County.

But first–what is AEMI? According to its website, it is “a collective impact initiative that utilizes the arts to improve school achievement, parent involvement, and student engagement and empathy in Northern Anne Arundel County Public Schools (AACPS).” That collective involves more than a half dozen organizations selected for, among other things, their “expertise in the arts, education, or both.”

So when I spoke to Principal Walker, I was curious as to how his school had become involved, how the partnership worked in his school, and what his observations of its impact were. Brooklyn Park Elementary had become an AEMI school about three years ago when he received info about the group from AACPS’ Central Office. When he met with AEMI staff and learned of their mission and partnerships, he knew that it would be a “natural fit” for his school. He liked the idea that it “gives kids different opportunities to expand their learning. It exposes them to different art genres and focuses on creative ways to teach core subjects.”

Over the summer, Principal Walker attended one of Young Audiences’ tours of Summer Arts & Learning Academy (SALA), which was specifically geared towards introducing principals to the program. Having toured SALA earlier in the summer myself, I wondered how his experience as an educator differed from mine.

Like me, he was impressed with the fourth-grade classroom he observed using a rap song to learn math concepts. We both noticed how much fun the kids were having while they were learning, a crucial element in creating positive learning experiences.

But as a long-term educator, he noticed something that I had missed. “Sometimes our kids have difficulty in learning the math vocabulary. Here, they’re connecting because they’re having fun. But in the process, the kids are becoming leaders. They’re holding themselves accountable.” In other words, it was the children who were helping to create a positive classroom culture. Of course, the teachers were guiding it, but by empowering their students, the kids took ownership and were self-motivated.

Principal Walker’s assessment of the learning techniques he witnessed was “phenomenal,” but how will this translate back on the ground at Brooklyn Park Elementary? With AEMI’s focus on arts-based learning and its links to other arts/education groups, Principal Walker sees a continued focus on “creating a safe space for learning and exploration.”

“We will continue to work with AEMI, Young Audiences, and its partners to add professional development for our teachers, and incorporate new and creative ways to add arts-based learning into our writing and math classes.” 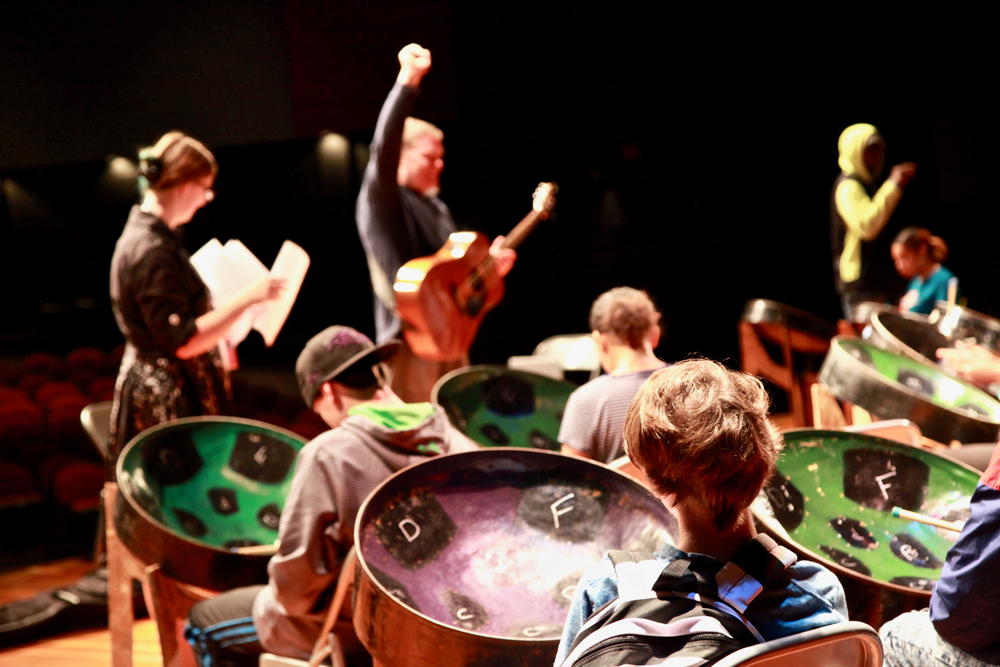 AEMI’s priority is to “increase access to high-quality, arts-integrated learning opportunities…” Though it’s not always easy to quantify any particular program’s impact, there is one thing that Principal Walker is absolutely certain of. That’s the “happy faces” he sees during assemblies with an arts orientation.

As Principal Walker’s enthusiasm for AEMI and its partners show, I suspect that arts-focused education will continue to be a priority at Brooklyn Park Elementary School.

The Arts Empowered Minds Initiative is the combined effort of many groups and individuals seeking to build a movement for increased equity through the arts in their community. With funding from the NEA in 2016, we built partnerships with Anne Arundel County Public Schools (AACPS), Chesapeake Arts Center (CAC), Arts Education in Maryland Schools Alliance (AEMS), Arts Council of Anne Arundel County, and University of Maryland – Baltimore County (UMBC).