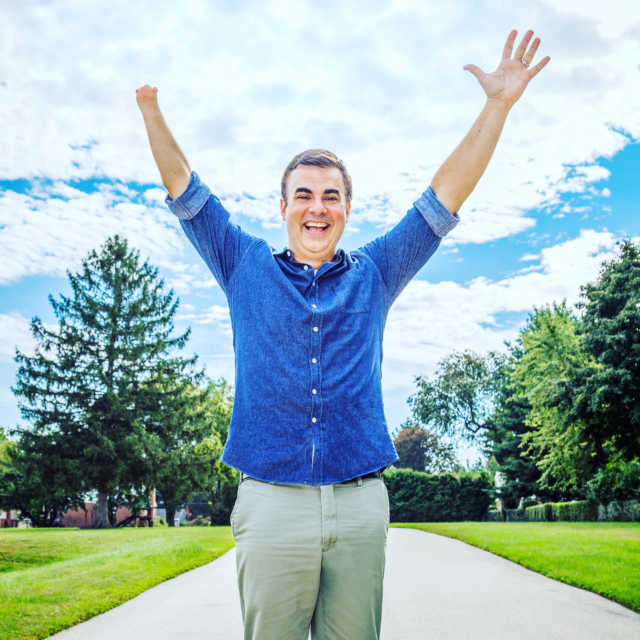 David Harrell is an international award-winning actor, speaker, and disability advocate, originally from Brunswick, Georgia, now residing in New York City. Most recently, he finished shooting a featured Guest Star role on the upcoming CBS drama “The Code”. On stage, he has performed Off-Broadway in the New York revival of The Artificial Jungle by Charles Ludlum and in the New York Times Critic’s pick The Healing by Samuel D. Hunter. He has guest-starred on the television series “Bull” and “Law and Order: SVU” and performed in the 2015 ABC Discovers New York Talent Showcase. He produced and starred in the short film The Siblings Liebencrantz; winning “Best Filmmaker” in the 2017 Easterseals Disability Film Challenge. His short film Lefty & Loosey won “Best Film” in the 2016 Disability Film Challenge and “Best International Actor” in the 2016 Focus on Ability Film Festival in Sydney, Australia. David also continues to work as an actor for Only Make Believe, an organization that provides interactive theatre for children in hospitals around the NYC area.

His award-winning solo play A Little Potato and Hard to Peel and his adaptation for young audiences The Boy Who Would Be Captain Hook continue to entertain audiences all over the United States and internationally. He was nominated in 2010 for a New York Innovative Theatre award for “Outstanding Solo Performance”, won the 2014 Journalist Choice Award for his work in the Monomaffia Festival in Parnu, Estonia and currently tours with the Off-Broadway Theater Company All For One.

David has been a roster artist and presented school assembly programs for over five years with Young Audiences New Jersey & Eastern Pennsylvania. He is also a roster artist for Arts for Learning Connecticut, Nassau County BOCES, Suffolk County BOCES and Arts Enrichment Network in Boston, Massachusetts. He holds a BFA from the University of Southern Mississippi and an MFA from the University of North Carolina at Greensboro in theatre performance.

As a Disability Advocate, he has worked as the Accessibility and Outreach Director for the Raleigh Ensemble Players (REP) in Raleigh, NC. He helped REP increase their inclusion and accessibility of artists and patrons with disabilities. He served as Disability and Programming Associate for Inclusion in the Arts in New York City for over nine years. During that time, he helped maintain a database of performers with disabilities from across the country and consulted with numerous productions throughout the entertainment industry to improve the authentic representation of disability in Arts and Media.

Currently, David serves on the advisory board for the Queens Theater’s Theater for All initiative; helping Queens Theater become both more accessible and inclusive of artists with disabilities. He is a long-serving member of the NYC Local Performers with Disabilities Committee with SAG-AFTRA and works to increase the awareness of disability as part of the broader scope of diversity as a proud member of Actors’ Equity Association.

The goal of my work is to use my story to encourage audiences to recognize the universality of our shared experience and be a catalyst for discussion about broader themes of diversity and inclusion. I relish the opportunity to show that disability is not a heroic obstacle to overcome but a unique aspect of one’s life. Through my work, I entertain, enlighten, and educate children to not be defined by limitation, and I help them learn the valuable lessons of acceptance and how to not let circumstances peel away the core of who they are as human beings.

I cannot even begin to gush enough. I have just come back from watching both of David's performances and I am completely blown away. To say he knocked it out of the park is not even close to how well it went. I was near tears myself, the kids were attentive, thoughtful, reactive, watchful, smiling, rapt throughout the whole performance, both age groups. The questions afterwards from the kids proved that they paid attention and were considering all he brought to their attention. He reinforced the character education that currently is ongoing in the school and highlighted to the staff with the comments and questions they presented that we are making headway in opening the minds of their generation. I had teachers all turn to me to exclaim how wonderful they thought he was. I actually had a teacher seek me out on my way out of the building, so she could share with me how she is just so touched, that she has no words to describe how much it meant to her. I cannot thank you enough for having David in your repertoire of performances. You have always had high quality, and David is a shining star.

Wow!! I’ve loved every show that we have booked through you. This one topped them all. David’s performance was amazing. The whole school was buzzing all day about the show. Teachers, Parents, students and district administration were equally impressed. He dreamed of being a hero when he was young, today he definitely proved himself as one to our children. Thank you for providing an amazing opportunity for our school.

David performed an amazing assembly for the fourth and fifth graders at our school. Not only was his performance great..., but he inspired so many of our students. After the assembly, our students were so moved/touched, that we paused our curriculum learning to hold "circles" within our classroom to talk more in depth about the assembly, what was learned (lessons, etc), and how it made us feel about treating others with respect. I would love to see him come back to perform again next year and would highly recommend other schools to have him perform there as well!

I just want to let you know that it was wonderful to have David join us to do his solo plays for our PK–2 & 3–5 students. The students not only enjoyed the show, but his message was so powerful. I am sure that many of our students will remember his performance. I even had some teachers welling up with tears, especially during his performance of A Little Potato & Hard to Peel. As I looked into the faces of our students during the conclusion of his performances, I could see the impact of his message was hitting home for many. This was certainly reinforced by the questions asked during the Q&A part after the performance. I am impressed as to how David has taken his life story and turned it into different performances that not only provide entertainment, but that also bring a powerful message to the audience in the end. Thank you so much! 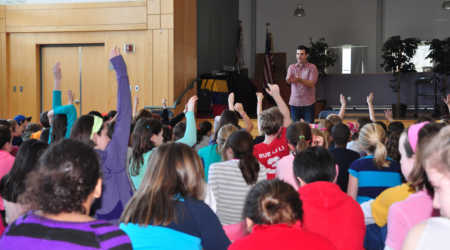 A Little Potato and Hard to Peel 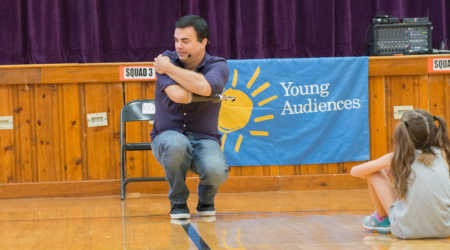 The Boy Who Would Be Captain Hook