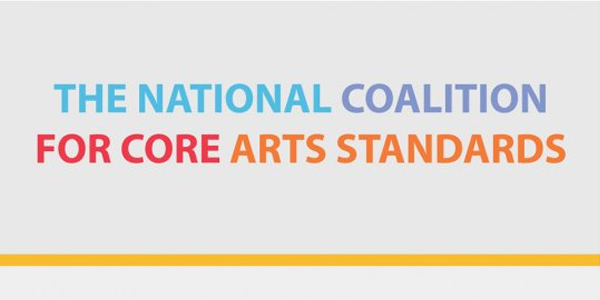 Originally published in 1994, the National Core Arts Standards were the nation’s first guidelines for arts education. Since then, they have led arts education through growth in design, delivery, and assessment. Recent surveys, however, had shown that priorities of education policy as well as instructional resources and practices of arts educators have significantly changed since the standards’ initial publication, leading to a need for revision.

Thousands of artists, teachers, and arts educators, as well as three reviews from the public, helped to create the new National Core Arts Standards. We are proud to note that the Young Audiences Arts for Learning National Office played a significant role in writing the standards. Young Audiences also managed the creation of the new standards’ website.

After two years of development, the new standards and website were officially launched on June 4. While the newly implemented standards were closely built off of those published 20 years ago, they also show significant growth. The revision includes an emphasis on communication and collaboration, two 21st Century Skills now stressed by higher education and employers.

The new Core Arts Standards also supplement the original four artistic disciplines of dance, music, theatre, and visual arts with a fifth: media arts. This encompasses such mediums as film, animation, and gaming or interactive- and computer-based art making. The new standards also support the development of artistic literacy by encouraging students to independently take part in four artistic processes: creating, performing/producing/presenting, responding, and connecting. These processes can be seen in the 11 Anchor Standards that are common across all five art forms.