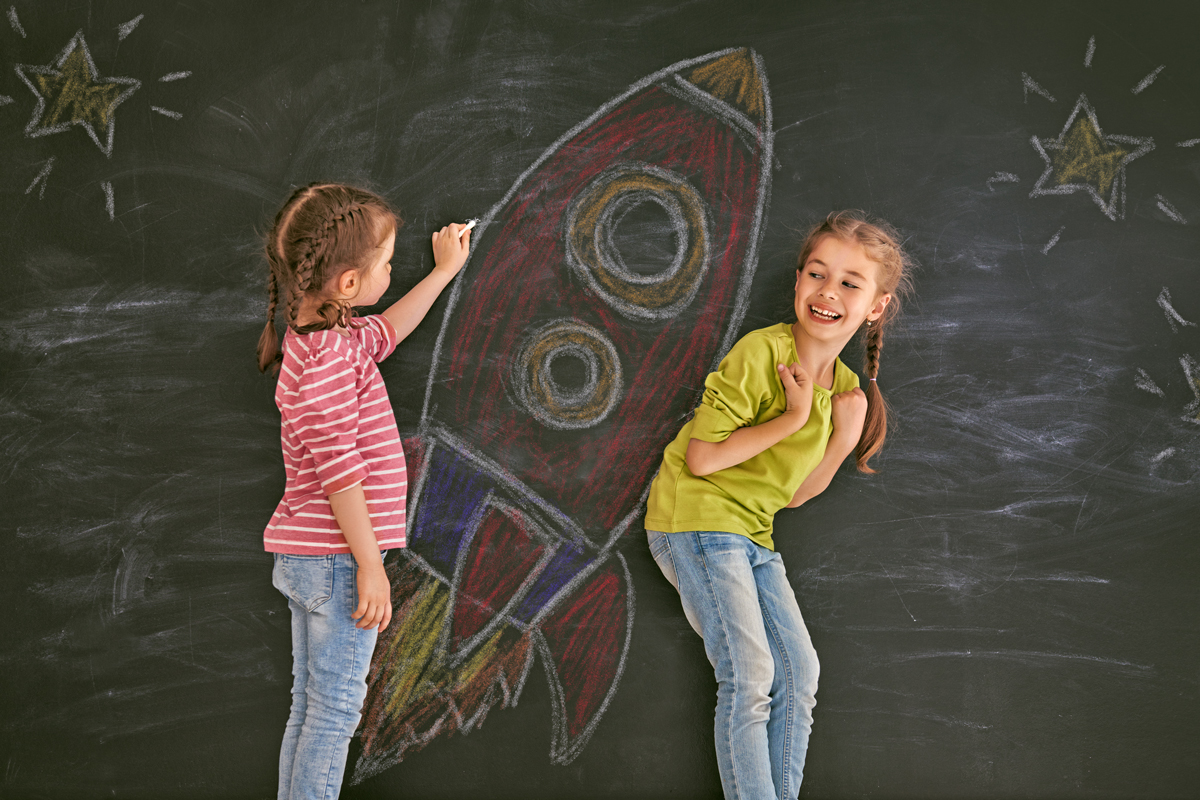 If you follow education trends even a little, you can’t avoid the STEM acronym. In fact, at many area high schools, getting a slot in the highly popular STEM (Science, Technology, Engineering, and Math) magnet program is tricky at best.

Why is that?  Why do people automatically assume that if you want your student to get ahead in life, your best bet is to seek out an education that prioritizes a STEM-based curriculum over one that values the humanities or visual and performing arts? Now, enrolling in a STEM-focused program is certainly not bad advice. But, it’s definitely not the only path to success as one recent Washington Post article reported.

“Kids have been educated in a computer world.  But that computer world continues to threaten traditional jobs, so success will rely on the ability of students to innovate and use tools in a non-traditional way.”

In the article, “The surprising thing Google learned about its employees – and what it means for today’s students,” the Post reported on a 2013 study that Google conducted on its own hiring practices. Its founders, with solid backgrounds in computer science, felt certain that only “technologists can understand technology.” But after every bit of data was gathered and analyzed, the company discovered something unexpected. Of the top eight criteria considered essential for a top employee, STEM expertise rated… um… eighth.

This led to a deeper dive into the data, which ultimately led to Google re-evaluating its employment processes and putting more emphasis on hiring “humanities majors, artists, and even MBAs.” Other companies (such as Chevron and IBM) have also discovered the positives of hiring liberal arts majors because they “prize their ability to communicate.”

On a personal level, I feel very strongly about this. My daughter, Colette, spent seven years (three in middle school and four in high school) pursuing a Performing and Visual Arts education. She learned to sing, dance, act, write, and most importantly from my perspective, think creatively. And while she was singing and acting her way through high school, she was also taking AP Physics and Calculus and learning to wire circuit boards. So it didn’t come as a huge surprise when she enrolled in Engineering as a college freshman.

While some people were shocked at the 180° turn she made, I viewed it as the logical conclusion to a style of learning that she honed as an arts major in high school. Combining a love of math and science with the arts is not as unusual as you might think.

“Finding a path to my final images is a complex choreography of math, my sensibilities as an artist/scientist, and the subtleties of the subject.”

Take, for instance, Dr. Tim Christensen, biology professor at East Carolina University (ECU) and Senior Faculty Fellow in their Honors College (full disclosure – that’s how I first met him, when touring ECU with my daughter, who was accepted into both ECU and their Honors College). Dr. Christensen is primarily a scientist but also an artist. Merging the two disciplines, he fully embraces and personifies the concept of STEAM (Science, Technology, Engineering, Arts, and Math).

I was immediately struck while perusing the awe-inspiring galactic photographs on his website, AstroWimp. “As an artist, I’ve been heavily influenced by my scientific training,” he wrote. “To a scientist, images are ‘data.’ Standing in both art and science worlds, I attempt to convey the art of the data.” In his role as teacher, Dr. Christensen transfers the wonder he experiences as a scientist and an artist to his students.

He readily admits that while he finds jumping back and forth between scientific and artistic worlds a natural leap, that is not the case with every scientist.  “Some are still wary of anything that can’t be measured scientifically.”  Nevertheless, he continues to champion the intersection of science and art, as evidenced in his own artwork. “Finding a path to my final images is a complex choreography of math, my sensibilities as an artist/scientist, and the subtleties of the subject.”

Dr. Christensen is currently collaborating with a fellow faculty member, Daniel Kariko, Associate Professor of Fine Art Photography. Their project, dataSTEAM, “focuses on artists who work directly with scientists to develop a deep understanding of the data, preparing artists to contextualize data in their art, connecting both disciplines… art to science, and science to art.”

Starting in the fall semester, the two will “facilitate collaborations between Art and Honors/Science students” leading to a gallery exhibit at the university. But more important than the exhibition is, of course, the concept of cross-fertilization between the two disciplines.

As Dr. Christensen explained it, “Kids have been educated in a computer world.  But that computer world continues to threaten traditional jobs, so success will rely on the ability of students to innovate and use tools in a non-traditional way.” He feels that merging science and art will create students who are quicker to think outside the box and can straddle both the worlds of imagination and hard-core data.

Similarly, what Google has identified as the top characteristics of successful employees are not unlike the same skills that educators and other business leaders identify as being critical to a person’s success in careers, in college, and as a citizen: critical thinking, collaboration, communication, and creativity. These are behaviors that Young Audiences’ teaching artists observe and nurture every day among students in arts-integrated classrooms. And so, for those folks who doubt the value of arts integration into core curriculum subjects such as science and math, the, ahem, data demonstrate that arts and science together create a more balanced individual who can successfully work in today’s fast-paced, ever-changing work environment.

But don’t take my word for it, just ask my daughter.  In a recent phone call, Colette was excitedly discussing her Statics class.  The definition of her Statics class from ECU’s website- the analysis of equilibrium of particles, addition and resolution of forces, equivalent system of forces, equilibrium of rigid bodies, centroid and moment of inertia, structural analysis, internal forces, friction, and virtual work- left my head spinning.

When I commented on the apparent difficulty of the class, she assured me breezily, “Oh Mom, it’s easy for me.  After all those arts classes in high school, I can see in 3-D.”